Stratis | The history of Kallimarmaro; the beautiful marble | TripElina

The history of Kallimarmaro; the beautiful marble 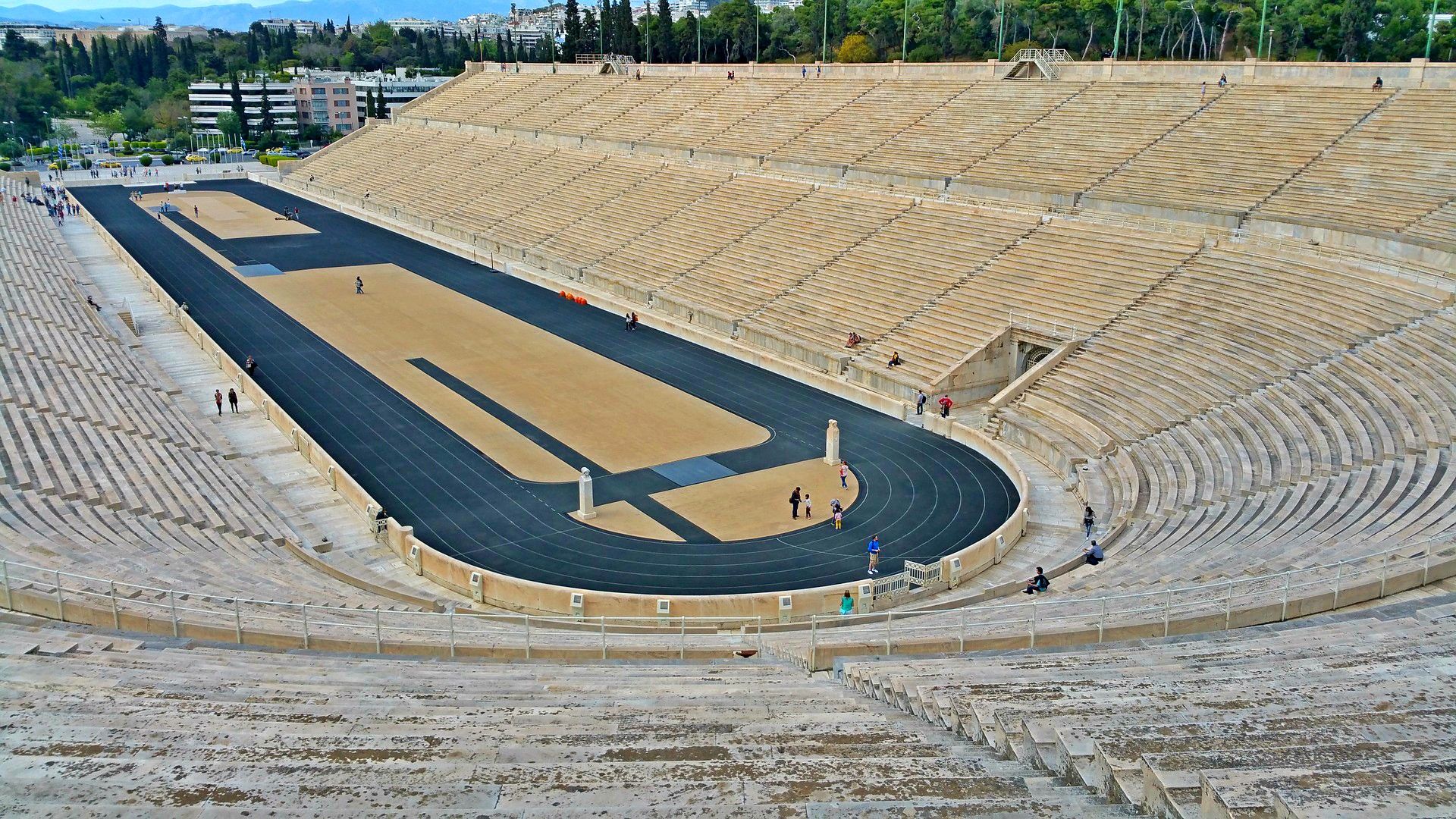 The Panathenaic Stadium is a classic cultural monument of Greece and a popular touristic attraction. In fact it is one of the most significant monuments not only for Athens, but for the whole Greece. This beautiful marble or as it is known, Kallimarmaro has managed to remain one of Athens' landmarks. It is located on the east side of Zappeion and north of the Ardettos hill, while Ilissos river passes right by this area.

Are you curious to learn a bit more and discover its rich history?

Well the Panathenaic Stadium was first built in 329 B.C. in the name of Goddess Athena. In the beginning the seats were made of wood but soon enough that changed and all the wooden surfaces were replaced with marble while also the area was extended so that can fit around 50.000 people. During an unknown period though all its marbles were taken, leaving the stadium stripped down from all its glory.

Until 1895 the Kallimarmo was naked. Then, due to the fact that the Olympian Games were about to take place there next year, it was decided to put back all the missing marbles. Β Five years after that the Stadium was looking magnificent and today it is considered the only stadium in the world built entirely of marble.

The Panathenaic Stadium of Athens has lived many glories, national, political and artistic as well. Some of the most known include the Summer Olympian games of 1906 that took place there. The 1968 finals of Basketball Euro Cup and it is believed that because of that game the Kallimarmaro holds the record for the most people attending a basketball game ever!

Other than that, the opera Aida took place in Kallimarmaro and also it was there, where in 2012 the Olympian Flame was delivered to Princess Anna in order to transfer it to Great Britain for the Olympian Games held in London that year.

You can see now that there is a reason people can't stop visiting this place, the vibes from everything that have happened there through the history are still calling from attention.