The Rio-Antirio Bridge: connection to the future 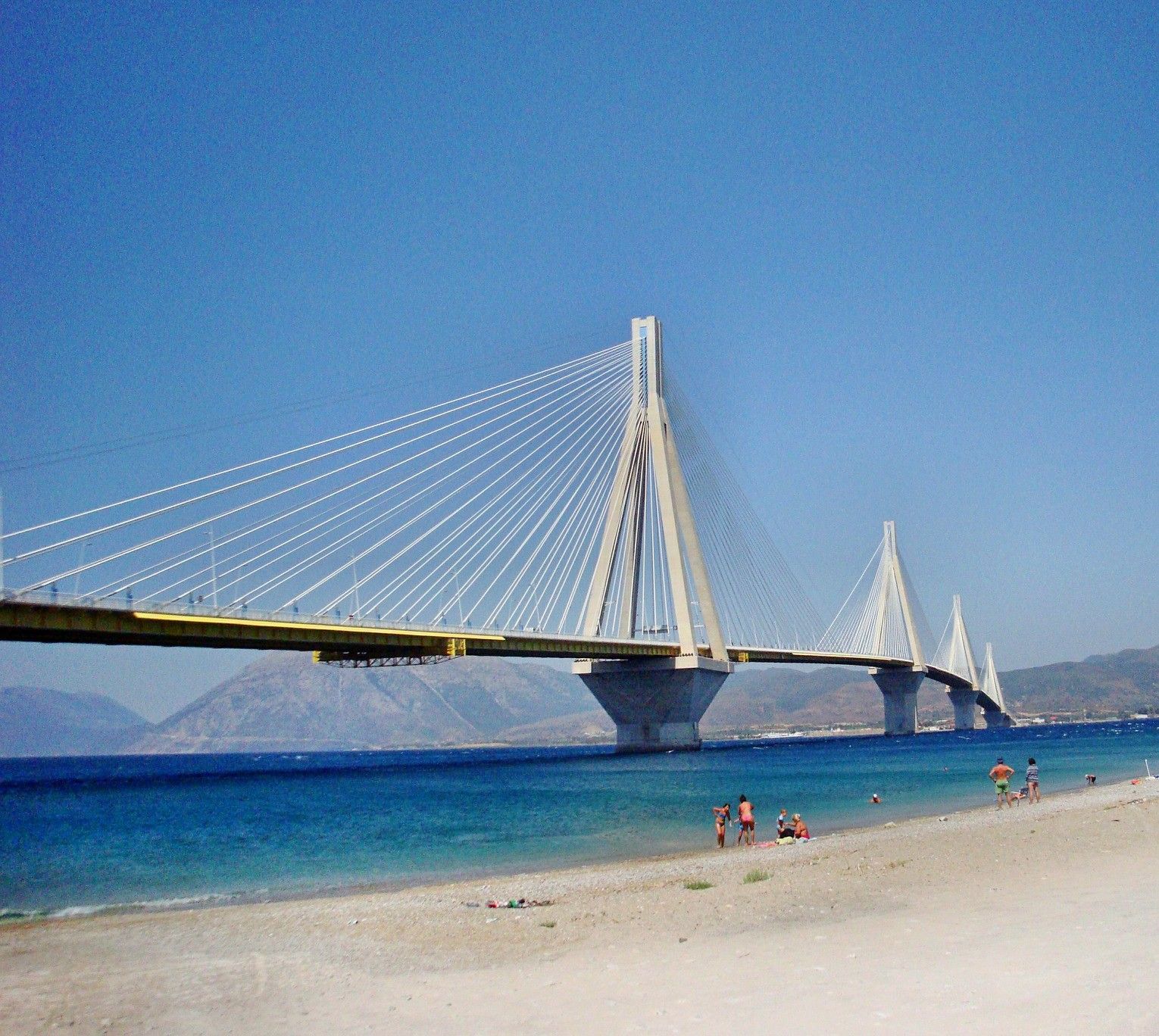 Patra is a city brimming with life and energy. It is the largest urban conglomeration in Peloponnese. Also, Patra is Greece's third largest city and the capital of the Prefecture of Achaia. This city got its name from mythical Patreus who ruled Achaia around 1100 BC. Since ancient times, it has been an important commercial center.

Nowadays, Patra mostly derives its economic strength from the busy port. This city constitutes a gateway into Italy and Western Europe, thanks to numerous ferry connections.

One of the most significant landmarks of modern Greece located near Patra. The Rio-Antirio Bridge is not only an outstanding accomplishment, but it has also contributed to development of Western Greece. It is the World's longest multi-span cable-stayed bridge (2882m) and crosses the Gulf of Corinth, connecting Rion (Peloponnese) to Antirion (mainland Greece). Because of the statement who first envisioned it nearly one hundred years ago, it is officially called "the Charilaos Trikoupis Bridge".

A seven-year construction project resulted in this engineering masterpiece. Site preparation began in 1998 and took almost two years. The length of time to complete the main construction of the bridge was five years. It was eventually inaugurated in August 2004, a few days before the opening of the 2004 Summer Olympics in Athens and was crossed by Olympic torchbearers

Yet its construction wasn't an easy feat. Due to the peculiar conditions of the straits, several solutions had to be found. These difficulties include the high seismic activity of the area, the possibility of tsunamis, the expansion of the Gulf of Corinth due to plate tectonics (about 30 mm a year), and deep water. In order to ensure people's safety, special measures had to be taken. The bridge is able to handle strong earthquakes and the impact of a tanker. It features five cable-stayed spans and four pylons. A 27.2m-wide deck is fully suspended and contains two vehicle lanes and a pedestrian walkway per direction as well as an emergency lane.

After its opening, a part of the country's daily life changed. In the past, Rio and Antirio were connected by ferry. The bridge has remarkably reduced the crossing time of the Gulf of Corinth.

Walking along the bridge is an amazing experience. Imagine you are an Olympic torchbearer!