Andrea | Horsing Around in Santorini! | TripElina

Having lived in Greece for the past 16 years I've developed a love affair with this wonderful country and love that I can share my experiences and insights of this magical place with others!

Having lived in Greece for the past 16 years I've developed a love affair with this wonderful country and love that I can share my experiences and insights of this magical place with others!

Horsing Around in Santorini! 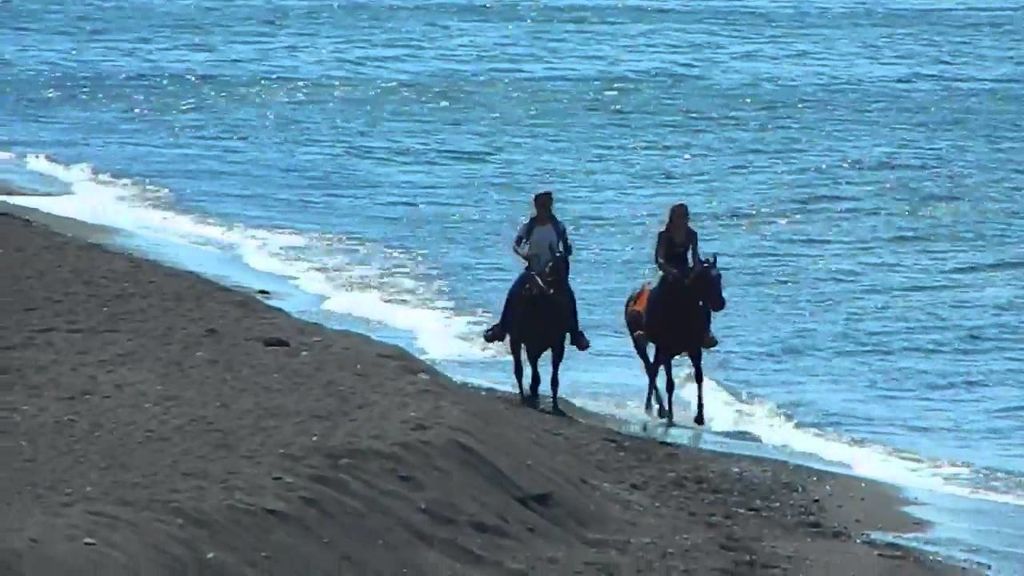 “Good luck Alex! I hope you enjoy your ride!” I shook the old man’s rough hand vigorously, knowing full well this may not have been the wisest of decisions. For a brief moment, I lamented that fact, as I stood in front of the riding stables of Mr Spiros across from the popular Perissa beach. Since stepping off the flying dolphin and on to Santorini, I had been lounging on most of its colorful beaches: red, black and white to be precise. I was now in the mood for a change, something different, an awe-inspiring experience that I could later brag about to all my friends back home.

So here I was, face to face with Margarita, a four year old mare that loves to play in the water I was told. Once a few oh- so- quick instructions were given by my cheery guide Petros, it was time to mount our horses. A couple named Sonia and Nick, honeymooners immersed in the romance of the island, were also along for the ride. As I struggled to position myself in the stiff and piercing saddle, Petros shouted out “pame” and we were off.

We ventured through a barren field following closely behind Petros whose mount was a frisky horse by the completely inappropriate name of Sunny. After swaggering along for some time, we arrived at the beach and that’s when the unexpected happened. …. like a charge of energy beneath me, Margarita woke up! Following the cue of Sunny the leader, the horses eagerly bounced into a trot. I voiced my disagreement but Petros ignored my cries with a simple “they know what they are doing; enjoy!” My sheer state of panic subsided when I felt the smoothness of Margarita’s gate as she moved into a canter but it was only when I looked up that I got the real surprise of this experience. A blanket of black lava sand surrounded us and a deep blue sea beckoned us. The sea breeze slapped me gently in the face and played with my hair as we raced across much of the 8 kilometer beach of Perissa, the longest on Santorini. We approached the shoreline and the horses splashed about like playful children. The sun began to fall behind us leaving an alien landscape of moody colors: black, mauve and burnt orange. Soon we were slowing to a walk, the horse heaving and wet from the exertion. Sonia and Nick chattered enthusiastically while Petros slowed Sunny so I could pull up next to him. “SO?” he blurted out. Speechless now, all I could say was “WOW”. He responded ‘Yes I know and I get to do this every day!” a big smile engulfing his face. And, so with this memory of Santorini etched forever in my mind, I joined the last lingerers of the day at the beachfront as they walked back to their hotels.